The European machine tool manufacturer, specialising in milling, boring and turning, showcased its high value added technological proposal at its 6th Technology Days, which are also marking the 25th anniversary of the BIMATEC SORALUCE Centre of Excellence in Limburg. 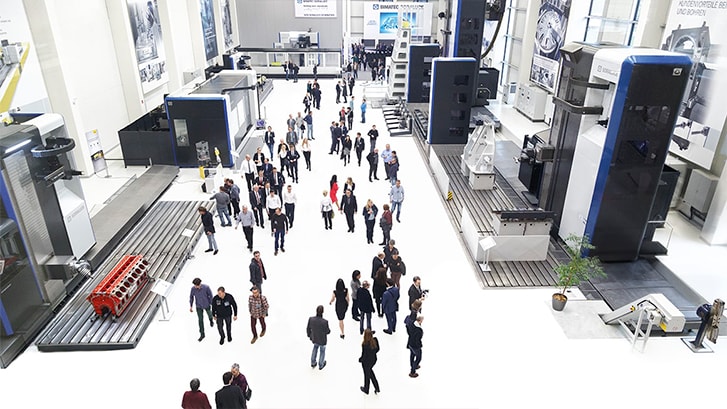 With a total of over 800 European, American and Asian customers in attendance, SORALUCE showcased its latest innovations and developments, under real machining conditions, by means of a Technology Tour where nine milling, boring and multipurpose machines were on display. During the tour, the capacities of each machine were illustrated with live demonstrations, which included impressive examples such as the use of the DAS technology that has recently been recognised as the Quality Innovation of the Year and taken the Best of Industry Award, along with the innovative DAS for tooling.

The tour also included demonstrations of other technologies applied to SORALUCE machines, aimed at improving productivity, precision and multipurpose, such as the dynamic CNC Ram Balance system (patented) and the Modular Quill system (patented), which interchanges the modular quill spindle with the machine´s other heads totally automatically, which allows for different quill spindles with different diameters and lengths. The SORALUCE DHC new dynamic head calibration or the ADAPTIVE CONTROL feed adjustment system were in the spotlight on the tour.